This assumption highlights several of the common misconceptions surrounding ADHD:

These assumptions and the lack of awareness about ADHD can be very detrimental to those who have it and can lead to them being made to feel worthless and a failure. In this post I am to delve a little deeper and provide information and evidence to dispel these myths.

MYTH 1: Only boys have ADHD

Both boys and can girls can have ADHD. It had previously been reported that males are much more likely to have ADHD, with population studies reporting male to female ratios of around 3:1, whilst clinical samples suggested ratios of between 5:1 and 9:1 [1,2]. However it is thought these findings may not be completely accurate, owing to factors such as referral bias, differences in symptom presentation and symptoms being attributed to other co-morbid conditions, such as anxiety or depression. This is already highlighted by the differences seen between clinical and population based studies, supporting that females are much less likely to be referred for clinical diagnosis. More recent reviews have suggested a much closer gender split, with ratios of around 1.6:1 in adults (Figure 1) [3]. However it is likely that split could potentially be even closer than that as ADHD still tends to be diagnosed much more often in boys. This is likely due to the fact that hyperactivity appears to be more prevalent in boys than girls, and girls tend to be less disruptive and are more likely to present as ‘daydreaming’ or being generally distracted, indicative of the inattentive form of ADHD [3]. Females are also more likely to be diagnosed later in life compared to their male counterparts as they are often misdiagnosed, with their symptoms often being attributed to other conditions, such as depression and/or anxiety [4]. Additionally, it is thought that females may be better at developing coping strategies that mask their symptoms [4].

MYTH 2: People with ADHD are always hyperactive and full of energy

Hyperactivity is one symptom of ADHD, however not everyone with ADHD will experience it. As mentioned above, for example, hyperactivity tends to be less common in girls than boys.

There are actually 3 different types of ADHD; hyperactive-impulsive type, inattentive type, and combined type (see previous post on ‘What is ADHD?’).What is ADHD?August 11, 2020IntroductionJuly 11, 2020Why I started this blog…and how it relates to baths!?July 14, 2020

MYTH 3: People with ADHD are simply ‘lazy’, ‘unmotivated’ and ‘need to try harder’

A common experience for those with ADHD is being labelled as ‘lazy’ throughout school and their school reports being filled with phrases such as ‘needs to focus more’, ‘needs to stay on task’, ‘easily distracted’, ‘needs to apply his/herself more’, ‘not reaching his/her potential’, ‘must try harder’, ‘bad attitude’ etc. However, people with ADHD are not intentionally being lazy , in fact a lot of the time they are trying as hard (if not harder!!) than their neurotypical peers to pay attention. But they find this extremely difficult, not because of problems with their attitude, but rather due to how their brains work. ADHD brains tend to have lowers levels of the neurotransmitters dopamine and norepinephrine, which are associated with the pleasure and reward systems in the brain and with executive functions such as attention, planning and working memory[6]. This explains why ADHDers may have difficulties with tasks they find boring or repetitive, such as those common in classroom environments and office jobs.

MYTH 4: ADHD is only present in children

Similar to the boys vs girls myth, many people don’t believe that adults can have ADHD. Whilst it is thought to be true that you can’t develop ADHD in adulthood, and DSM-5 guidelines state that symptoms must have been present before the age of 12, many people (again particularly women) do not get diagnosed until well into adulthood[7]. This can be due to managing to ‘mask’ symptoms well or succeeding at school despite their difficulties due to ‘natural talent’, however it is likely the symptoms were in fact present from childhood. Symptoms in childhood can also often be attributed to other causes and many girls in particular are diagnosed with anxiety and/or depression during their teens, when in fact these symptoms may be, at least in part, caused by difficulties linked to their undiagnosed ADHD and the struggles associated with this. For example constantly being told they are not trying hard enough or are underachieving, despite putting in a lot of effort, which can severely impact self-esteem and contribute to mental health problems (e.g. depression and anxiety).

I know I for one held some similar beliefs to these for many years. Often wondering if I may have ADHD due to my inability to stay focused and constantly being distracted, but also thinking I could not have ADHD as I so often felt completely exhausted and seemed to spend a large amount of time napping, including at school…, the apparent complete opposite to being hyperactive.

I have obviously experienced first hand the damage these stereotypes can cause in terms of preventing diagnosis and the detrimental and long lasting effects this can have on an individual’s self-esteem and mental health. As such, I am very eager to try and help raise awareness of and bust these myths and increase knowledge of the truth about ADHD and how it can present. Particularly the contribution of such myths to the low levels of diagnosis in young girls. More needs to be done to ensure schools and higher education institutes, as well as parents, are more aware of the potential signs of ADHD, particularly in girls, so that early identification and intervention can occur. This would allow more support to be put in place to help them at an earlier stage in their life, which would help minimise the detrimental impacts this can have on emotional wellbeing, academic achievement, relationships and employment prospects. 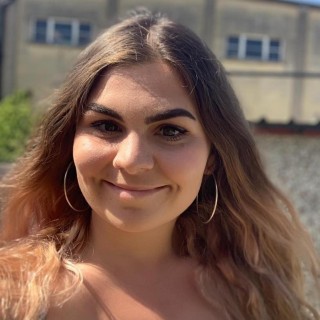 I need a nap

Just a girl with ADHD trying to navigate her way through life but getting distracted along the way...